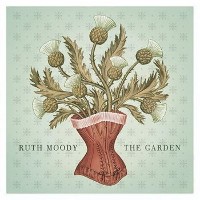 Rooted for over a decade in live performance, Red House Records' Ruth Moody has a most recent summer release, The Garden, her first ever full-length solo effort. The timing is in bloom for the release, her second since her EP Blue Muse in 2002. Audiences know Ruth from her concert maestros of radio alternative twang with recording artist's, The Wailin' Jennys and The Dukhs (fomerly Scruj MacDhuk). Ruth spent one full year perfecting the material, to an accomplished sip. This album is a literary feat; a dynamic premier vocalist that walks with an instrumentalist's talent, in her own footsteps. She has composed and written an internationally recognized repertoire of music. Co-stars on this album are; Matt Peters (The Waking Eyes), Crooked Still, Kevin Breit, Luke Doucet, and O Suzanna! Ruth will be touring The Garden in 2010-2011.