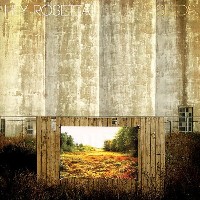 Six-piece Canadian outfit Hey Rosetta! do two things really well. The first is write heavily orchestrated pop suites. The second thing is make these heavily orchestrated pop suites sound epic.
Which is why when the young Newfoundland band began recording their third studio album they turned to producer Tony Doogan (Belle and Sebastian, Mogwai). Because when you want your album to sound powerful, the guy who helped make Happy Songs for Happy People is probably the man to hire.
Seeds may not be the most easily accessible record in the Hey Rosetta! catalogue, but it is certainly the most interesting. Influenced by the sounds of Radiohead's In Rainbows and Plants and Animals' Parc Avenue, front-man Tim Baker and co. have produced an extremely complex set of songs that fully cements their importance in the Canadian music scene. Never has their string section and four piece rock band moved so effortlessly together to create such rich textures.
Whether it is the delay heavy progression and whispering vocals of “Yer Spring”, the Broken Social Scene-eqsue rock of “Young Glass”, or the punk inflected “Welcome”, Hey Rosetta! have never sounded so good as they do right now.