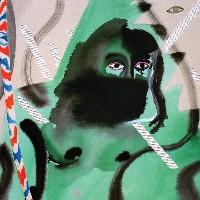 Jennifer Castle is a Toronto-based psych-folk artist. Castlemusic is her debut full-length album, which times at approximately half an hour in length. The nine track release was self-produced by Castle, with assistance from producer Dave Clarke and engineer Jeff McMurrich. The album begins with an ambient waltz ballad of love and nostalgia, called “Summer (For P.L.C.)”. The second track is entitled “Neverride” and stands out for its powerful country-twang vocal lines and pedal steel solo. Next, Castlemusic moves into “Powers”, which is a soft and poetic folk song with a slow psychedelic groove.

The middle of the album may be its strongest point, with moving back-to-back pieces: “Way of the Crow” and “You Don’t Have To Be”. Castle’s incredible vocal range is showcased on “Way of the Crow”, which duels with eerie pedal steel leads. “You Don’t Have To Be” has a heavy country-blues feels, with somber lyrics about loneliness and desire. Other standout moments include the jazzy vocals and accompaniment of upright bass and organ on “Remember”, as well as the upbeat percussion and layering of electric guitars on “Poor As Him”. Castlemusic is a beautiful debut album, and should propel Jennifer Castle to underground folk fame.