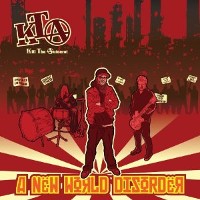 Kill the Autocrat is a hip-hop trio from Sudbury, Ontario, who combine various aspects of punk, reggae, and rock influences.  A New World Disorder begins with "Fantastic Mission", a song that establishes vocalist Michael Frasier O'Brien's great flow and lyricism throughout the verses. The song's chorus is catchy and more melodic with keyboards and a guitar solo from Scott Swain, with additional scratching from DJ Kenny Parker. The album then shifts into "Constant Movement" which is an anti-capitalist revolutionary anthem, reminiscient of Beastie Boys and Rage Against the Machine. The lyrics discuss poverty and war in stating: "Your government spends your money on tanks / While we bail out the people, not the banks".

The most optimistic and positive track on A New World Disorder is "Live The Dream", which uses an upbeat pop-rap feel mixed with folk conventions and instrumentation. Kill The Autocrat then contrasts the mood by following up with "Forevermore", an emotional minor key hip-hop song with a slow groove and reverbed-out stadium-rock production. One of the most memorable moments of the album is "What's Happening", which combines pop-punk and rap conventions with interesting literary and rock 'n' roll references. Michael Frasier O'Brien concludes the track in saying: "Without a struggle there can be no victory / Stand for something genuine, fuck hits make history". Other stand-out tracks include "Working Man", a blue-collar rap with an infectious chorus employing reggae melodies and rock rhythms, as well as "Gimmie More", an anti capitalist-political hip-hop song focusing on class issues and corporate fraud.  Overall, A New World Disorder is a solid release with a diverse and enjoyable sound.