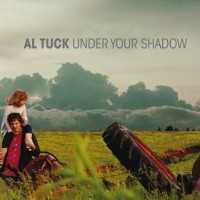 Al Tuck has paid his dues and earned his stripes. As a performer, he has blazed a trail in coffee houses and taverns across Canada over the last twenty years. Many admire Al Tuck’s knack for creating original music that’s goes against the grain. Feist and Jason Collett have been quoted in Spinner, adamantly proclaiming that Tuck is the leading songwriter of his generation.

Al Tuck’s latest album, Under The Shadow has been getting rave reviews from several publications. Personally, I didn’t immediately come to that conclusion on first listen. Tuck’s voice has been heavily praised, but his vocals are what first kept me from sharing the sentiment in those rave reviews. In hindsight, after listening to the rest of the album, I started to envy Al Tuck’s non-conformist approach to songwriting. His style is often unorthodox as he challenges compositional and lyrical paradigms. The very first track - “Slapping The Make on You” - pokes fun at the Union Jack.  Another lyric focuses exclusively on the negative qualities in a beautiful woman. The distinctive guitar riffs and drumbeats on various tracks are engaging for the listener. The next to last track – “Wishing Well” – ends with a very authoritative drumbeat. Al Tuck’s ballads will undoubtedly create a vivid musical context for listeners to step inside, and they will be mesmerized further with the variety of instruments and distinct sounds of each song.