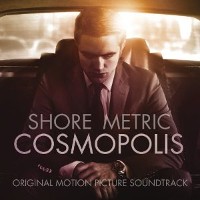 First of all I have to admit that I have not seen the film Cosmopolis, therefore this review will be based only on the soundtrack and how it works/exists independently from the film.

Cosmopolis is based on the eponymous dystopian novel by Don DeLillo. Thus the soundtrack, composed by Howard Shore and Metric, strives for the same dystopian moodiness. Yet the final result is muddled. This soundtrack sounds like a failed attempt to create something similar to Cliff Martinez's score for the film Drive. Howard Shore's compositions without Metric are flat and really quite boring. Besides the songs “White Limos” and “Rat Men”, which create the desired amount of tension, the rest of Shore's solo compositions are so monotonous they would be better placed on a soundtrack for sleeping. Nevertheless, the album does have some high points like the Metric and Shore collaboration “Call Me Home” and K'naan's track “Mecca”. “Mecca”, which has a drone-like beat and a chorus similar to Coldplay's “Paradise”, is especially interesting since the lyrics were written by Don DeLillo and K'naan; which leads to the inevitable question of when Don DeLillo's rap album is coming out! Unlike Don DeLillo's future rap album Cosmopolis ends up being a rather tedious and confusing experiment.