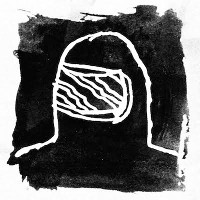 It’s about time for Aero Flynn.

The project led by musician Josh Scott has taken nearly two decades to be realized, but it has arrived right on time. In the early 2000s, Josh was at the helm of the band, Amateur Love, in Eau Claire, Wisconsin. It was a band idolized by many in the midwestern state music scene -- including Bon Iver’s Justin Vernon. Fast-forward a couple of years and Josh walked away from the influential group and left town and music altogether. Relocating to Chicago amid dealing with mental and physical illness, Josh was unable to craft an album. Meanwhile friends and fans, encouraged, cajoled and begged Josh to return to music. The ensuing years saw Josh move again, this time to Minneapolis, MN and a tentative venture back into music making. The resulting nine tracks on the self-titled release seems to mirror back all the days, months and years of Josh’s self-imposed isolation. The sound is expansive but intricate. The songs ebb and flow into one another while standing on their own with independent personality. The LP is woven together with vocalizations more than lyrics — think Sigur Ros for a reference point. Then add allusions to Tobias Jesso Jr.’s piano stylings, Colin Stetson’s saxophone and Bon Iver dreaminess. That last one is literal because Justin Vernon was involved in this effort. The album was recorded in Justin’s Eau Claire studio, and his voice can be heard in it. But let it be known that Aero Flynn is not a copy of Bon Iver or any of the aforementioned artists. Aero Flynn has created an incredibly distinct album here. One that any artist would be proud to end a career with, let alone start or restart one. Time is on Josh Scott’s side.