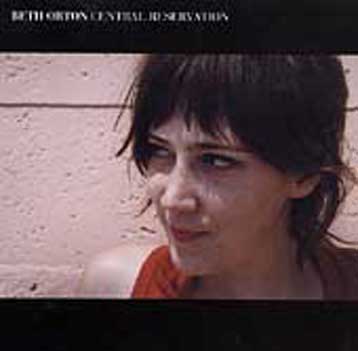 Beth Orton has traveled a path any singer/songwriter hipster would die to follow. Gaining cred by singing for the style makers that are the Chemical Brothers, releasing an album (Trailer Park) to critical raves, and riding the momentum to her current status as a media darling, Orton has become a credible and much cooler alternative to the critically adrift Lilith Fair adult-contempo crap that filters out of TV and radio daily. However, in raving about the guests on Central Reservation (Ben Harper, Dr. John, Ben Watt), in cooing about her sensitive personality and touching lyrics, people seem to overlook the fact that her album isn't really that good. Sure it's confessional and at times emotive, but the good parts are rendered useless if the music is dull, repetitive and not unlike all the "generic" singers out there that she is supposedly so much better than. When she is given the opportunity to simply sing and play - unaccompanied and DJ free - as on "Feel To Believe", it's easy to understand the hype. But as song after song plods by, the moments of brilliance only serve to highlight the repetition of songs that are too long and too boring to bother caring about. Perhaps if Orton went back to the rawer immediacy she has displayed previously, she could achieve the likes of Julie Doiron and Edith Frost. For the time being, Orton must be content with making drab music that is only set apart from the pack by her indie darling status.