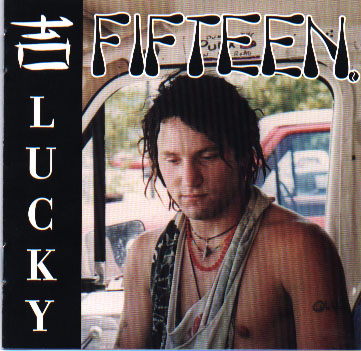 After a breakup a few years back, the outspoken Jeff Ott has decided to put together a new lineup of musicians to use the name Fifteen. Even though there might be some new faces, the songs and lyrics remain the same. The only differences are in the production and the sound of Ott's vocals. The first thing you'll notice is the way Donnell Cameron recorded it at the famous West Beach Studios. The guitars sound huge, a massively loud wall of guitars over a crisp and clean drum sound. Then there's the vocals, which are surprisingly clear and audible. Long gone are the days of Jeff Ott's infamous deep, guttaral growl that first popped up in his days with Bay Area legends Crimpshrine. Welcome to the days of an understandable Jeff Ott. I used to think his vocals are what made his lyrics sound so passionate, but now I realize that they sound so passionate because of the importance and realism portrayed within. In the world of Fifteen, lyrics are important, not just something people can sing along with when they play. The only comparision I have for them is that of a modern day folk band. Yeah sure, maybe the loud, distorted guitars would make most fans of folk music cringe. But folk music was first meant as a way for people to be able to get a point across, or tell a story, all the while strumming a few simple chords. And at times that's what Fifteen does. Just listen to track 2, "Lucky", it's a simple song with great lyrics written in the storyteller vein about a friend who killed himself. To see how some of these songs sound stripped down, check out Jeff's solo acoustic CD released on Cool Guy Records last year. Also of note is that the label that released this CD, Sub City, has been set up to have all their releases act as benefits for the charity of the bands' choice. Plus the label will give part of their cash to a charity of their choice. It's a pretty cool idea...check out their web page for more info (www.subcity.net) Fave Trax: Lucky, Evolve, Welcome To Berkeley