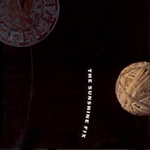 The Age of the Sun
Kindercore ( )

Like the soundtrack to the Partridge Family reunion or the score to any number of Scooby Doo chase scenes, ex-Olivia Tremor Control founder Bill Doss pokes his head out into the light with The Sunshine Fix's first full-length release, The Age Of The Sun.

A follow up to 2000's A Future History Of The Sunshine Fix EP, the promotional sticker gracing the front of the jewel case makes plain to the listener what awaits them inside superior psychedelic pop. A bold claim considering that they're making use of a form that saw its heyday over three decades ago. Another fine example of the cyclical nature of music, aka. the what goes around, comes around phenomenon. Still, Doss and company manage to capture the essence of the era and produce a sound that's as good as anything that came before it.

The full spectrum of pop is represented here, from the more rock-oriented title track to the slower, Beatles-inspired ballad "Everything Is Waking" each song brings its own particular blend of fuzz-guitars, aging organs (or their modern day simulated equivalents) and sanitized, harmonic vocals to the party. Rounding out the release and upping the freakout value of the album is the bizarre, "Le Roi-Soleil," featuring a single, monotonous chord. Clocking in at 20 minutes and 30 seconds, its the audio equivalent of a drug-induced coma. And me without my mescaline.

With such a thematic album as The Age Of The Sun, playing it from start to finish is something of a challenge. There's only so many times you can hear pop-bubblegum crooning about Earth's star in one sitting. For reference, try playing They Might Be Giants' "Why Does The Sun Shine?" on repeat for 45 minutes. The first four or five plays, youll bounce and bobble along with the best of them, basking in all its quirky goodness. However there will come a time soon after that where youll be putting thumb to cornea, lest you ever glimpse that forsaken orange ball of nuclear fusion again. God damn the Sun, anyway.

RECOMMENDED TRACKS: The Age Of The Sun, That Ole Sun, Digging To China