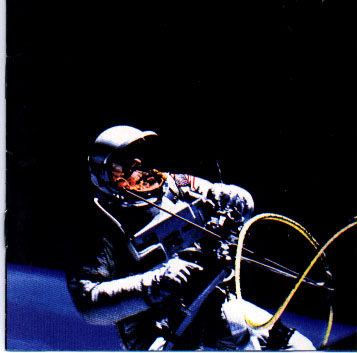 There's a report that singer Greg Dulli is suing a club over an altercation that landed him in the hospital. He says that he was beaten up by club employees while the bar in question states that Dulli was obnoxious and walked into the club with a two by four threatening a stage hand and that this is all a publicity stunt. Maybe the truth is halfway in between. After listening to 1965 you might understand why the club would claim that this is a publicity stunt. The album has the sound of the 60's (and although I didn't live through them, I've seen the NBC movie, so I know what I am talking about) and what better image is there from that turbulent decade than getting beaten up by "The Man".

To be honest though, this album stands by itself without the need for a publicity stunt. As you listen, there1s an R&B influence throughout that is especially evident in tracks like "Something Hot" and "Citi Soleil". What you get is retro influence without being simply a retro album. These soulful inflections are so much more meaningful because a cursory glance at some of the lyrics would make you think they're all about sex and women. Fortunately, the music and Dulli's yearning voice make everything come out sincere.