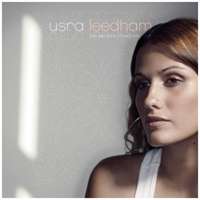 "Best laid plans o' mice an' men gang aft agley" so wrote Robert Burns in his native Scottish tongue, meaning even our best planning can go awry or change.   Such was the case of Ursa Leedham.  Having been classically trained in piano and voice, and on the road to becoming a Baroque opera singer, she changed her plan.  You cannot say however, that it went completely awry, because she took all her skill as a musician and vocalist and channeled it into her own compositions.  Ursa Leedham has poured out her emotion on her debut offering The Architect’s Wound.

On the first track, "It Has Been Said" it's not always easy to understand the lyrics, while the melody is beautifully haunting.  A long track, the only thing to do is give yourself up to the music and the soothing tone of the voice.  The second track "Game3" begins to give you a just hint of her ability to blend the richest part of east and west with urban sensibility and exotic underlay.  It isn’t until you reach the fifth track "Something for Nothing", that you know Ursa Leedham has nailed it.  With her voice slipping up and down your spine she takes you back to a time when soul was wrenched with emotion and without pretense.  Each song thereafter is challenging and exquisite with its own exotic rhythms and feel.  The Architect’s Wound is a low, slow, roll in the urban soundscape and a perfect way to just chill.