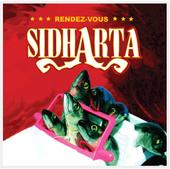 On their new 5-song CD Rendez-Vous, Sidharta puts out a straight-up rockin’ sound: fuzzy power-chord guitars combine with medium-tempo punkish blast beats and front-and-center bass counterpoints to provided ample backing for understated vocal drawls and screams in a lo-fi, garage-esque setting. Although I’ve heard them described as “experimental” and “chaotic”, they sound more firmly rooted in conservative old-school rock and punk, rather than anything progressive in a modern sense; and, although there’s nothing earth-shatteringly groundbreaking here to satisfy my thirst for a progressive edge, Sidharta is much more enjoyable than a lot of over-brainy prog, thanks to their humanistic, flesh-and-bones simplicity. Quite simply, they rock. For sake of convenient comparison, Queens Of The Stone Age, Nirvana, The Pixies, Black Sabbath and Motorhead immediately come to mind. It’s quite evident that Sidharta’s been on tour recently (just back from ), as they sound really together as a band. For all the hype surrounding the band concerning some sort of supposed brutal edge, I find their catchy simplicity rather un-disappointing, especially upon repeated listening - comforting, even. Here’s to the old school!