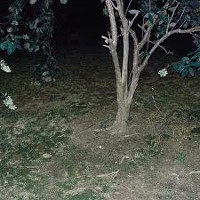 Jon McKiel’s new EP Confidence Lodge was recorded in a converted Odd Fellows Hall, originally built in 1929. It’s an EP made of creaky floorboards and old photos and feels haunted all the way through. From opener “Monster Of The Mirimichi” to closer “Snow Owls,” the EP seems to be beset on all sides by creatures and ghosts of feelings we used to know. This haunting feeling is heightened by the fact that the songs seem eerily familiar. Like Neil Young or Chad VanGaalen in sepia tones. However, McKiel’s songs are all his own and these comparisons only serve as a starting point. Confidence Lodge is five songs that run the gamut from the barnburner “Motion Pictures” to the elegy “Snow Owls,” and leaves the listener in eager anticipation for the forthcoming LP.