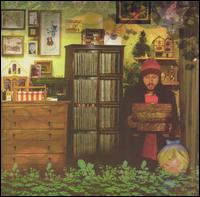 In direct contrast to the pastiche nature of his sophomore effort, for OnePlusOneIsOne Badly Drawn Boy has taken a gigantic step to the left of what I regarded as his established sound. Gone are the layered samples that characterized Did You Feed The Fish, having been replaced with stripped down and uniformly lugubrious songs and arrangements. Right off the bat itÃâÃ¢â¬â ¢s clear that there is a change in the air on OnePlusOneIsOne. The lead-off title track finds Badly Drawn Boy searching for the formula that made Did You Feed The Fish a runaway success as he laments that he canÃâÃ¢â¬â ¢t seem to go ÃâÃ¢â¬Åback to being who I was beforeÃâÃ¢â¬ï¿½. Obviously at that point he gave up. The rest of the record further explores this new minimalism as BDB mopes his way through 55 minutes of what has to be a very bad day for Badly Drawn Boy. Showing only occasional sparks of life (the break in ÃâÃ¢â¬ÅAnother Devil DiesÃâÃ¢â¬ï¿½ is one such burst) BDB absolutely drags through the 14 songs on OnePlusOne ÃâÃ¢â¬â not really emoting to his audience so much as boring them. In The abstract, OnePlusOne does prove that Badly Drawn Boy has discovered a way to treat his material using all real-time instruments (including strings and horns) giving the impression that this will be BDBÃâÃ¢â¬â ¢s performance record. Unfortunately, with such lack lustre material, it wonÃâÃ¢â¬â ¢t be much of a show