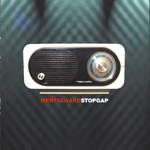 Ward Evans is a restless talent and a little bit loopy. After playing in The Swamis, a San Diego-based surf group, Evans migrated to another mindset with Mentalward - a loop-based spoken word project. It should be stated that loop music practitioners have an immediate three strikes against them. First, they understand their financial place in the music world and know that releasing a CD of this type is more of an honour - a social ranking - than an investment. Second, loop-based spoken word CDs are easy targets and leave themselves open to complaints - often because loop music is more about mixing and producing than pure technique and while you may not have to be a musician to produce loops, you still need a sense of timing and the ability to maintain a groove. But the biggest mistake spoken word loop artists make is assuming that having music behind words makes the words more entertaining. Fortunately, Evans has made the connection between electronica's fondness for loops and radio's ability to sell itself simply through the use of the spoken word. If we actually have to pay attention to what the hell the artist is trying to get across, it had better be good, unless it's all mindless and glorious Jim Carroll-style with the basketball, the needles, the pimps, and the whores. In the end, the loop-music-spoken-word artist better have a good reason for asking us for respect because if they're not offering up some respect of their own, then what's the point? Stopgap, Ward's 4-song EP released on Poison Pen Records, passes the test. It's an interesting blend of styles and works well without coming across as too repetitive. It also features Jet, Phil Dirt, Art Smith, Marcus G., and Joe Frank - an award-winning writer and radio dramatist from Santa Monica whose shows also often employ weird music loops. University radio will eat up the 4 songs on Stopgap. Evans waxes reflective on his debut and is clearly able to use choice weapons to express his whimsical and mischievous feelings: a 1966 silver sonic king cornet, coconut shells, and maracas. While it is more than natural for practitioners of loop music to eschew the traditional streetcorners and marketplaces of storytelling, and despite his best efforts to negate this, Evans comes across as a bona fide storyteller. RECOMMENDED TRACKS: "Take Me Down", "Mantra 309" - Gordon McDonald, Ottawa, ON