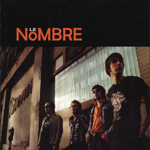 Rock and roll is truly a universal language, and the debut CD from Montréal's Le Nombre proved to me that although I am not bilingual, I can listen to a disc sung in French and still find enjoyment. Laced with a touch of glam rock on some tracks, I felt like these guys walked right out of the Detroit or New York garage rock scene. Full of great rock `n' roll guitar licks and confident composition, I was really enjoying the disc until something weird happened. Namely, track ten, "je ne peux plus dire je t'aime," which made me go to my multidisc player to see if the machine had moved on to another selection. All of a sudden, there was this twangy alt.country-esque song with folky-sounding vocals that frankly, freaked me out a bit. In comparison to the rest of this release, it was a strangely misplaced track, although I began to like it the second time around. It was then that I decided that Le Nombre's overall confidence was amazing and including that track on the CD was a cocky way of saying "we're good musicians no matter what genre we play in." RECOMMENDED TRACKS: "J'ai besoin d'un appareil", "ce n'est pas pour nous", "souris", "delateurs" - Chantelle Japp, CJAM Radio, Windsor, ON