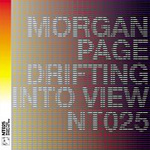 There are excellent house albums, full of soul, grit, swing, and funk; full of a depth beyond the motions of the dance that calls forth a whole panopoly of spiritual adjectives. Then, there are people who strive mighty hard to approach this sound, this feeling, but just aren't getting it. Unfortunately, Drifting Into View is of the latter. Morgan Page is the Diana Krall of house music. You might take that as a positive sign. If so, stop here - you'll probably like this album. For there's nothing to complain about throughout the Latin-percussion melange of post-jazzy lounge house beats. It sounds fine and rolls along, but it has no zing - unlike Gavin Froome, who plays with the very essence and structure of house music. It's not surprising then, that Page works with vocalist Colette on two of the tracks. Colette's recent album, produced by Angel Alanis, was another example of marketing a personality over talent. Although Colette has a beautiful voice, she rarely has anything to say. The vocals are neither extensive nor meaningful nor passionate. Perhaps this is my failing; perhaps I just cannot get into the laidback groove. Perhaps. Maybe I could appreciate this three years ago, when Kruder & Dorfmeister were a revelation and loungey-jazz was just starting to kick across the airwaves. But times have changed - and so should the music. - Tobias Van Veen, CITR Radio, Vancouver, BC