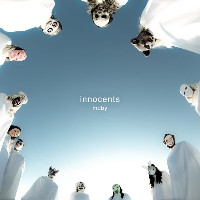 A first album is a testing ground: exhilarating and raw. A second album is a reflection and an effort. A third, a fourth: building, negotiating, backtracking, innovating. What is an 11th album?

Moby’s 11th release Innocents is in no way innocent to the music industry nor the reputation he has developed for being an interesting mainstream electronic/pop artist. Moby enlists a variety of voices for the tracks drawing on a roster of heavy hitters including Cold Specks, The Flaming Lips’ Wayne Coyne, and the ever-intriguing Mark Lanegan. These collaborations often also include co-write credits with Moby providing a rich and cinematic musical landscape for the words.

Despite claiming an effort towards a more lo-fi approach the lush production fans have come to know Moby by remains. A minimalist with a synth, a complicated soundboard, and a bare New York loft is always the image that comes to mind. Maybe a jade plant on the window ledge. So for this album there is little in the way of surprises but Moby proves himself a reliable artist capable of transporting the listener with big brush stokes and sympathetic string sections. In the end you are left feeling as if you have just been floating through the dreamy yet acute mind of Moby running into indie music celebrities all along the way.