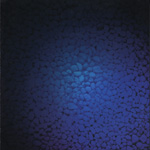 Sand From Water
Where Are My ( )

To put out a remix album as your second release might seem an awkward (or unimaginative) step for a young band. Given Glider's modus operandi and band make-up though, it follows a logical thread. The band's two primary members, Pascal and Gavin, had never met each other in person until after finishing their first album, With Ocean Between, in 2001. Literally separated by the Atlantic Ocean, they traded tapes and emails and built it piece by piece with help from friends in bands such as Billy Mahonie and Jullander. On Sand From Water they approached their geographically disparate friends to remix the tracks from the debut with varied but mostly excellent results. Usually assessing remixes of a band you've never heard is akin to falling in love at a masquerade party (thank goodness for those glass slippers). Glider wisely provide two original tracks at the end of the album showing off their quietly intricate style which features spare drumming under complementary narrative strands of guitar, bass and, on the last track, banjo(!). On to the remixes: German post-rockers Couch merely re-colour the original sound, taking a snippet of guitar line and the basic drum pattern, adding an electronic pulse that is neither intrusive nor hurried. Pascal (who is also the drummer in Québec band Below The Sea) similarly takes a track and subtly enhances the atmosphere with minimal electronic glitches and sweeps of guitar tone to fill in a few empty spaces. Rothko, a UK band known for their three bass guitar line-up, play against type and strip away all but the ambient tonality of their track, leaving the rhythm buried in the sand at the bootom of the ocean. Other notable moments include American math rock ensemble Ativin who also stray from their signature sound, turning their track into a slow burn of minimal beats and distortions. Montreal's 1-Speed Bike (Aidan of Godspeed You Black Emperor) seemingly ignores Glider altogether, preferring to torture a Billy Squire sample past the point of it's structural tolerance. Jefre Cantu of San Francisco's Tarentel performs a Fennesz-like transformation on his track, making it into a radiant granular storm of shifting tones and frequencies. Glider have chosen their accomplices well. The tracks complement each other and the remix artists will likely spur some brand-name loyalty amongst their respective fans, bringing a wider audience to the band and its Canadian label. RECOMMENDED TRACKS: "Floating Fleeting", "Route Nordique", "Constante Degradation", "Un Couple Affreux" - Eric Hill, CHSR Radio, Fredericton, NB