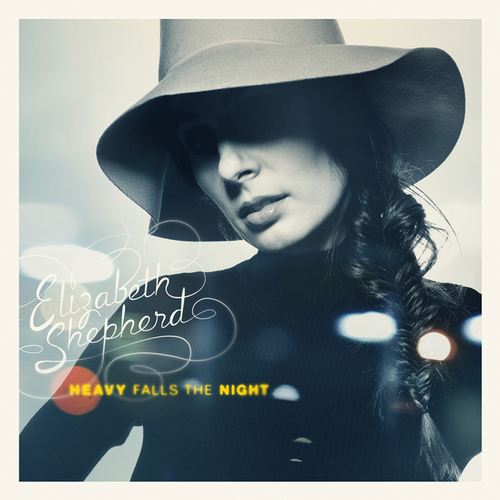 Elizabeth Shepherd has a number of Juno nominations for her keyboard work in the jazz field. Classically trained in Canada and France, she has headlined her own tours and has played keyboards for the Latin focused reed player Jane Bunnett and others. Her first two releases were classified in the jazz genre, but she has thrown us a curve with her new CD. Heavy Falls the Night is an urbane soulful excursion beyond the jazz genre with visits to both pop and R&B worlds. Shepherd skilfully combines piano, Rhodes and Wurlitzer in a variety of ways to get funky sounds that fit her often sassy vocals. Often underrated, background vocals can do as much harm as good to a CD. As the sole producer of Heavy Falls the Night Shepherd provides her own background vocals and she has done a wonderful job of placing them in her arrangements. On the title track the background vocals are as important as the lead vocals. During “A Song for Dinah Washington,” Shepherd’s voice occasionally invites favourable comparison to Rickie Lee Jones, an American who has gone beyond pop fame with the smash hit “Chuck E.’s in Love” to appearances at jazz festivals. For this CD Shepherd solely composed eight of the eleven tracks and she composed music for the words of poet James Strecker on two others. Shepherd’s own lyrics are urban without being gritty and that really suits her overall sound. While she is mostly the show on this CD there are wonderful rhythms provided by bassist Ross MacIntyre, percussionist Roman Tome and Colin Kingsmore on drums. Shepherd hasn’t totally left the jazz world behind as Heavy Falls the Night contains tributes to tragic jazz figures Clifford Brown and Dinah Washington. But she does end the CD in the pop world with her soulful take on the Kenny Loggins composition “Danny’s Song” which was a huge hit for Anne Murray. Shepherd has many musical influences to draw from and she has successfully done that here. Heavy Falls the Night is a very good CD will be in heavy rotation in my little world.
Heavy Falls The Night is available on i-Tunes and at elizabethshepherd.com
Jim Dupuis is host of Jazz Notes Wed. 5-7 PM PT at www.thex.ca

More Reviews For Do Right! artists