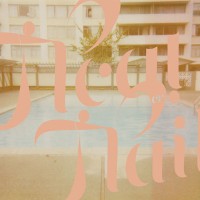 Joe Gurba, also known as The Joe,is an upcoming rapper from Edmonton’s fertile hip-hop scene. Float or Fail is his third full-length album, after his 2009 sophomore release Ut Oh. Gurba also founded Old Ugly Recording Company, which now has 18 artists on its roster. Float or Fail focuses on an electro-space-rap style, and integrates elements of science-fiction and colourful synthesized sounds. The album begins with “Spaceman”, which is a fun and upbeat song with lots of quick multisyllabic rhyme schemes.
The second track on Float or Fail, “Matchmaker”, is self-produced by Gurba and is one of his strongest performances yet. The chorus is incredibly infectious, as he boasts “I put together words in my spare time, I pair rhymes, together like a matchmaker”. The album is full of humourous and intelligent punchlines, as exemplified throughout the song “Apathy” with lines like “Real post modern, like a new mailbox”. His sarcasm and anti-capitalist ideology is often central, as he rhymes: “I’m just way too over-stimulated; I watch MTV and imitate it”. Although The Joe denies classification as a Christian rapper, his religious views are present in tracks like “On My Right Shoulder” that focus on a personal sense of morality. Float or Fail is a diverse experience that ranges from songs about God to time-travelling and fictional literary techniques.