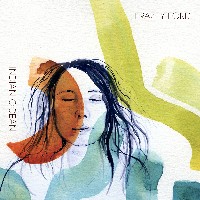 I was driving around in my car on a crisp fall day.  My hand was tapping the steering wheel like I was hitting a snare drum, and my head was bobbing yes as I was singing along. I was listening to Frazey Ford’s newest album Indian Ocean and the repeat button was in fair play.

Frazey must have grounded herself in the mystical energy that permeates the famed Memphis Royal Studios where she recorded part of the album.  Her voice is still buttery but there’s another layer that’s darker, stronger, and clearer.  She is supported by some of the originators of the Memphis soul sound the Royal Studio’s Hi-Rhythm Section; Teenie Hodges (guitar), Charles Hodges (organ) and Leroy Hodges (bass).

The Hi-Rhythm Section, who gave Al Green his distinct instrumental sound, accentuate what’s already there under Ford’s folky aesthetic.  If you like folk or soul then this album is a hand in glove fit.  Rounding out the soulful sheen are backup singers Sandra Ballhorn and Debra Jean Creelman as well as a tasteful horn section.

The opener “September Fields” is an acknowledgment of hope and primes you for what’s coming in the next 10 tracks.  “Done” is a standout with expletive laced lyrics of steely resolve:  “I was taking every hit from you, you drive-by shooting son-of-a–bitch and I’m done”.  It’s a strong song with equally strong instrumental backing, a song you’ll be hitting the repeat button on.  The title track “Indian Ocean” is a beautiful song that has you floating across an ocean on the cloud of Charles Hodges organ, powered by a lone horn and steered by Frazey’s gentle wistful voice.

Frazey Ford is well known as a folk artist, but she has always had an old soul beneath her airy and tremulous voice. Indian Ocean, her 2nd release, has given that soul a haven for a depth of expression we haven’t heard before.