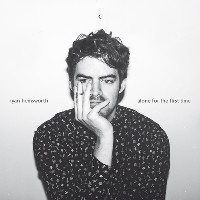 A year following his sophomore release Guilt Trips comes Ryan Hemsworth’s third album entitled Alone for the First Time.  Along with the lead single “Snow in Newark.” the album features collaborations on five of the seven tracks including Lontalius, Dawn Golden, Alex G, Kotomi, DOSS, The GTW, and Little Cloud.  From the opening solo effort, “Hurt Me,” to the final, “By Myself,” featuring The GTW and Little Cloud, Alone for the First Time draws the listener in the melancholy vibe established by Hemsworth.  Rather than recreating the typical club music, Hemsworth takes a less vibrant approach on Alone for the First Time that is well suited for its winter release.  While not having the most profound lyrics, the artist does make up for it through the emotion delivered with the instrumentals and vocals featured on the album.  Overall, it is a solid album.