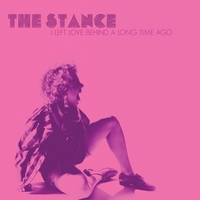 I Left Love Behind A Long Time Ago
Just Friends ( http://www.justfriends.ca/ )

Just for fun, let’s toss a bit of early Rolling Stones a dash of The Animals and a montage of some other select 60’s and 70s bands along with a smidgen of punk into a blender, the end result would unmistakably pour out as The Stance from Halifax.
These four musicians have put together a refreshing hook grabbing album titled I Left Love Behind A Long Time Ago that at times is quite reminiscent of the British Invasion of the 1960’s (“School Pride”, “Grow Up on Drugs”) that is interwoven throughout the CD with classic rhythm & blues, garage rock and pop.
Rather a nice touch to hear a cross pollination of musical genres to satisfy any musical palette with a splash a Rockabilly with “Young Love”.
The song “Jet Fighter” has eerie hints of the one time Canadian chart topper, Moxy, with similar guitar licks laced through the song.
Delivering an album mostly recorded in basements and garages puts their hands, guitar picks and drum sticks back into the pocket of their roots.
This CD is a worthy addition to most musical libraries, despite the noticeable lack of the studio polish, with a definite set of tracks necessary to crank up at any party. Given the recording quality of the album will lend itself positively with the strong sense that they are in your garage or basement delivering an awesome private show, especially during the summer.

Overall I Left Love Behind A Long Time Ago, by The Stance, produces a strong 7 out of 10.